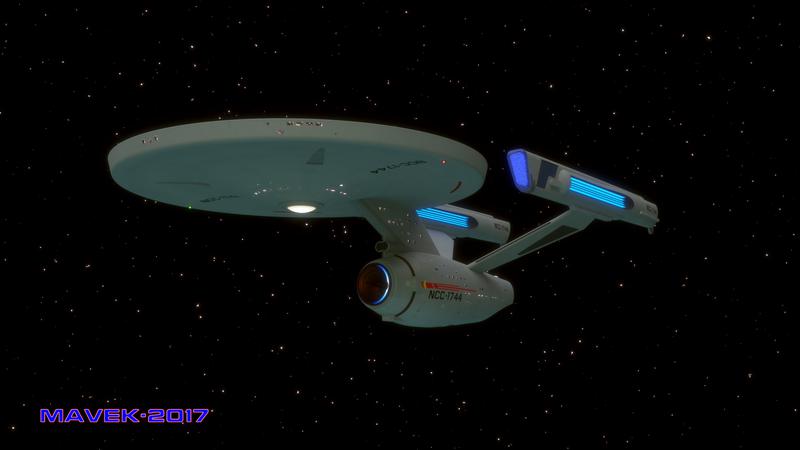 I have been trying to convert some metlesitsfleetyards meshes over from MAX into blender cycles. I don't know why this one caught my eye so much, maybe because it is one you don't see too much. This model is supposed to be the "refit" that was to happen to the Enterprise after it's 5-year mission and before it second 5-year mission that was to have been seen in the Star Trek Phase II series. That series was shelved and Star Trek the Motion Picture happened and the "refit" that happened to the Enterprise was the iconic movie models we know now. However, who is to say that the phase II redesign actually happened, just not to the Enterprise. So I give you the USS Sirius.

The fact that this model conversion only got completed in the same week that the new star trek tv series started is a nice coincidence.

I hope to push out a few more images of this converted model.