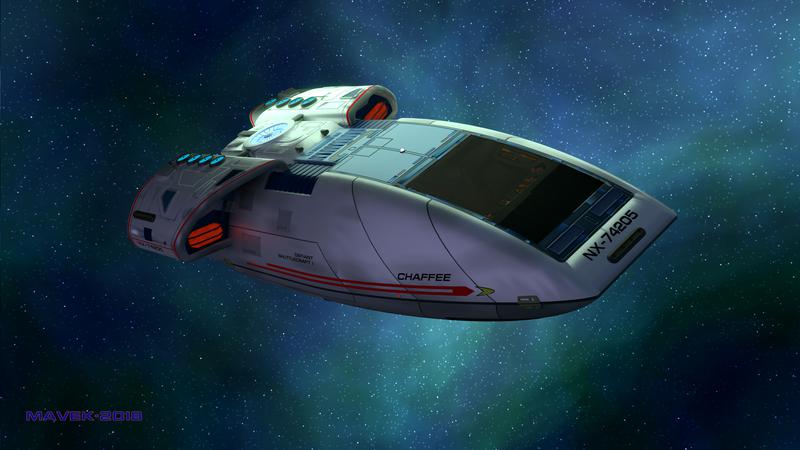 This is one of my favourite lightwave meshes that was released. Shuttlecraft Chaffee that was deployed from the Defiant in DS9. I loved the lines in the model and learned so much from this one.

This was originally modeled by Nico Weigand converted by MattC and cleaned by infinityloop. The mesh I started with was a ligtwave mesh, but I believe it was originally MAX.

I can't believe the mesh is over 11 years old. I decided to see if it would stand up to being pulled into blender cycles. It got a little messy, the is a lot of extra detail being provided as a bump layer. Some of source images were so low rez that I redid them in inkscape and blew them up to get some sharper details.

Mark Kingsnorth nebula generation in blender for the background.