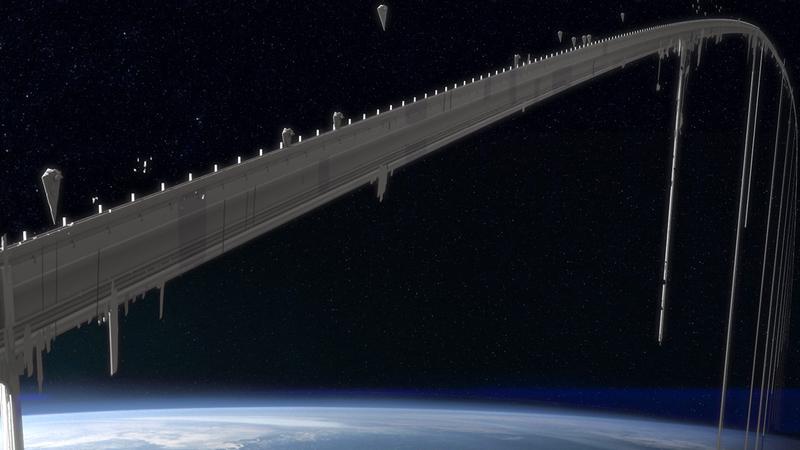 There is a great writeup over on starwars.com about some of the design decision to recreate the look of the empire and partially envisioned back in the 70s, check it out here

I love the concept art for the shield gate, above, I don't know how it would have worked in the final story, but it looks cool to see the Star Destroyers so teeny tiny.

We're very conscious of not breaking the rules of Star Wars architecture. In particular, the shield gate and some of the early ideas for it, we wanted to start grand. Because we knew that if we don't start with a grand vision, set the aspirational bar really high, we may never create something that's very striking. The original idea was, let's just go for it. What can we create that will inspire us' One of the ideas was that we were going to ring Scarif with this giant ring, that was going to be part a construction ring for Star Destroyers, but it was also going to be a refueling, resurfacing facility for the Empire. The reason we thought a ring might be interesting is, in my mind, the Death Star is the ultimate in Imperial manufacturing. That's the big statement. Since this was going to take place before that, we were thinking, what could be something structurally impressive but wouldn't supersede the Death Star' We thought, okay, maybe an orbital ring of some kind. That's where we came up with this. It seemed like it was in line with the technology the Empire had, but yet as a visual statement, it wasn't going to supersede the Death Star.