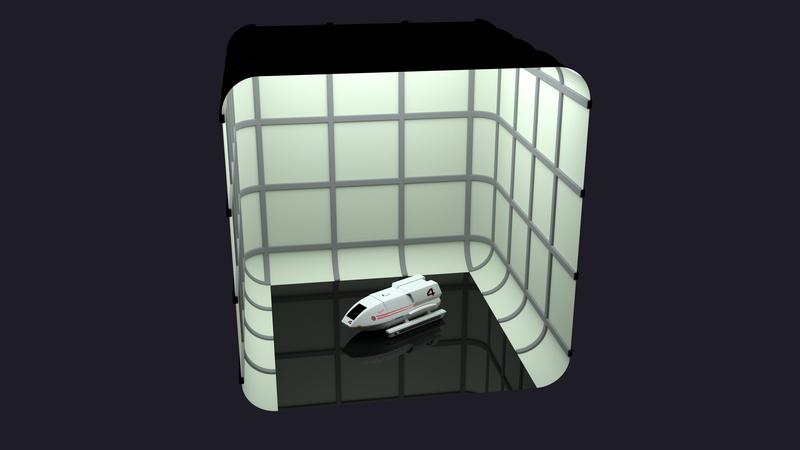 My challenge this year is to move over to blender cycles as much as I can. When I can import and update, I do. However one mesh I found that I couldn't convert was evilgenius180 shuttle craft bay that was attached to the stargazer/constellation class mesh. I figured this might be a good location to start cutting my teeth on modelling. Up til now it has been rendering and texturing.

Attached below is my first model test. It is the initial study for some of the textures. The lighting is contained in the mesh, as the roof is an emission surface.

One of the powerful things about Blender (at least as advertised) is the usage of modifiers to increase model design in a non destructive way. So the wall struts are only two extruded planes that have be depth, using a solidify modifier, rounding, using a bevel modifier and multiple instances using an array modifier.

The shuttle craft model is my blender cycles conversion of the lightwave one that Pheylan released a number of years back. I have been playing with it for a while, but haven't published any usage of it.